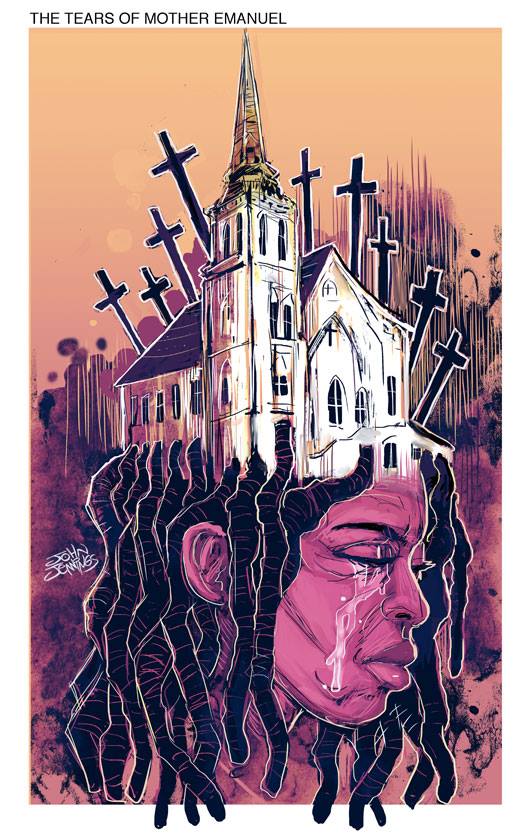 After 40 days of indecision and standoff between Goliath and the Israelites, David finds that the traditional armor of warfare is too constricting, and prevents action. So he leaves himself vulnerable, and equips himself with the tools he has, and defeats Goliath. In the wake of the shootings at Emanuel AME in Charleston, SC, we are called to confront the Goliath of racism in our lives by shedding all the defenses we have raised against seeing it.

Art: The Tears of Mother Emanuel by John I. Jennings.